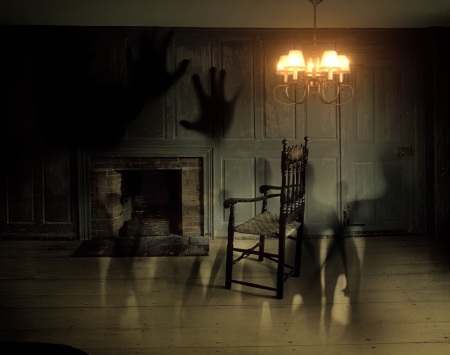 It’s week 2 of Spring Death on the blog and it’s all about the supernatural and the paranormal. As a transitional short from last week’s Serial Killer week, here’s an excerpt on a supernatural serial killers:

“Weh ma! Baba!” he exclaimed as the aged bodies of his reanimated parents stared blankly at nothing before them. He hadn’t noticed how cold the room had become until his breath escaped in an ephemeral plume. But it was a passing notion. His heart seemed to be beating in his ears, a light elation filling his lungs, crawling across his face into a grin that spread to his eyes. The two bodies on the bed turned sagging pale faces towards him, milky eyes unseeing, mouths drooped to reveal toothless gums and dry grey tongues.

“Ma?” he said to the closest body. The woman on the bed seemed to be more skin than anything else hanging down her skeletal frame. She raised stick-thin arms out towards him,

“My child.” A feathery murmur escaped from chapped lips, “Come.”

Excited, Siyabonga rushed to the woman and wrapped his arms around the cold, bare body.
“Oh ma! Ma!” he cried into the icy flabs. An earthy aroma rose from the body. He was barely aware of the strength in the arms as they clutched him tighter and tighter and tighter. The spell had worked. Traditional medicine had done what modern science never could – it brought his parents back from the dead. The sangoma was the real doctor not him. His thoughts were broken by a sharp pain in his side. He gasped for breath,

“Ma!” he choked as his arms pressed against his sides, his back folding in on itself as ribs crackled under the grip. He tried to scream but only a gurgled whisper escaped. He hadn’t even heard or noticed his father until a second embrace wrapped around them and clutched harder. The crackling bones sounded like splintering wood, the unyielding pain perforating his arms, twisting along his back, grinding into his chest. A guttural groan clawed out of his throat.

“My child. Thank you.” The voiced snaked into his mind. It was not his mother’s voice. It wasn’t even female. He tried to speak but the pain was too intense, black spots peppered his vision as his breath shortened into painful hics.

What happens next? Are they really his parents? Who has he brought back from the dead and what will they do next? *Cue music and final credits*

To read the behind-the-scenes draft of my stories, you can become a Patreon from $1. As a Patreon, you are also able to send suggestions and ideas for your own personal creation; it doesn’t have to be related to my Spring Death theme.

Nthato Morakabi is a South African published author. He has short stories appearing in both international and local anthologies, and has published his first book, Beneath the Wax, which opens his three-part novella series "Wax". He is an avid reader, blogger and writer.
View all posts by Nthato Morakabi »
← Three by Ted Dekker + Bookstagram
Redrum →