Usually I don’t do these tag things, I don’t know, it’s too main stream and I don’t do mainstream. 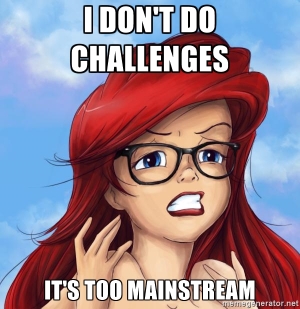 Anyway, it’s about books and I have a weakness for books so here we go!

Definitely physical book (not because I’m a hipster!). I grew up going to the library and walking out with a stack of books and feeling the weight of a book in my (torn) blazer pocket. There’s also something about having a physical copy of a book that you can admire and literally flip through pages and put up on a shelf that eBooks just falls short on.

Paperbacks. I think I own one hardback book and it was the only version at the store. Actually don’t have a real reason why paperbacks. They are cheaper though… hmmmm.

Sometimes the books I want aren’t in stores or available here in South Africa so I go online. I get eBucks with my bank (like money back for purchases) and I can use those eBucks online. But scrolling through a webpage isn’t like picking up a book in-store and feeling the weight and checking the inside and being overwhelmed by the rows and rows of amazing book covers until you feel you’re going to die from I-don’t-have-enough-money syndrome. Also, I found a little note telling me to buy The Night Circus when I bought it in-store! And I loved that book.

Neither. I prefer stand alone books. I like conclusions. I don’t know how often I read a book and found out halfway that it’s the second book of a trilogy or series. Or started reading one and finding out it’s the first of a 20 book series. (Discworld anyone?) I also had a bad experience with Stephen King’s The Dark Tower seven thick volume long series with the last chapter of the last book. *Cringes in memory. cries*

I like villains. Especially believable villains with a plausible reason for their villainy rather than “I want to rule the universe” because I think that’s incredibly short-sighted. I mean, okay you rule the universe and then what? Do as you please? That’s boring! Probably why I liked Megamind! Also, once you die then what? What a waste.

A book you want everyone to read?

Gee I don’t know. I’ll say the Endgame series by James Frey and Nils Johnson-Shelton! But be warned, the second book just came out and I think there’ll definitely be a third. Or maybe The Program by Gregg Hurwitz because you need to understand how these “cults” work man! Wait no Whisper in the Dark by Robert Gregory Browne! Thrilling. Twisted. Dark. Whenever I write, this book always comes to mind. Wait no The Watchmaker of Filigree street by Natasha Pulley… no Harvest Man by Alex Grecian… you know what I don’t know anymore. (What no Stephen King? Nope sorry.)

The Black Fedora by Guy N. Smith. Granted I read it a while ago, but I thoroughly enjoyed it and I feel like I’m the only person in the world you read it.

The last book you finished?

The War Between by Jennifer Withers. A great science-fiction debut novel by a South African author.

The Last Book(s) You Bought? 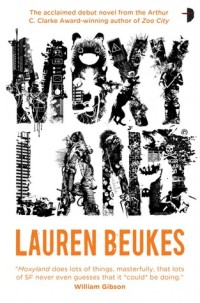 Ready Player One by Earnest Cline. Heard so many good things about this one. Haven’t read it yet.

A slipper. I was outside reading and was called into the house… so I used my slipper as a bookmark. *shrugs*

Used Books: Yes or No?

Definitely. One of my favourite books (The Program) I bought at a thrift shop, no cover or anything. I also used to buy from Books Galore in Greenstone (sadly it’s closed now). Most of my Terry Pratchett books are second hand.

Buy every time. There’s something about owning a book and not having to take it back to its owner that appeals to me. Also, I know what you’re thinking. I’m a hoarder. Well it’s not hoarding if it’s books, it’s called building a library.

Plot. Surprising if you know how much I love reading Stephen King books which are mostly character driven. But they have a plot to them. Rich deep characters in a believable plot and you have me sold.

I remember people staring at the massive books I used to read. 1000 pages minimum. Ahh those were the days. I just don’t have time now so I prefer short books I can read a week. But I miss the long books. It was like an investment.

Oh it depends. When I’m not enjoying a book I prefer short chapters. It means I’m making some progress haha. If it’s a good book then either one works for me. Whisper in the Dark was short powerful scenes between chapters that made “one more chapter” so much easier to do because they were great. The Well was boring book with long chapters and I cried when I looked how far before the next.

Name The First Three Books You Think Of…

Books That Make You Laugh or Cry?

Our World or Fictional Worlds?

Depends how the author weaves it into reality. The Baxter series by Charlie Human and Moxyland by Lauren Beukes made a fantastical world of South Africa. I loved it. 11/22/63 by Stephen King goes back to the 80s and that lifestyle which he captured so well considering he lived though it. Night Circus weaved through our world beautifully. The demon infested world in Peter V. Brett’s Painted Man just great. Discworld needs no mention.

Audiobooks: Yes or No?

I’ve tried but listening requires a certain level of concentration that I cannot achieve because I multi-task horribly. I’ll either forget I’m listening or forget whatever else I’m doing. And I can’t just sit and do nothing while listening to an audiobook.

Do You Ever Judge a Book by its Cover?

Absolutely. I bought The Watchmaker of Filigree Street because of it’s cover. Look at it! And the front cover has a hole at the clock so when you open it you can see the watch inside.

It doesn’t always mean the book will be great, but it definitely contributes to whether I’ll buy the book or not.

Book to Movie or Book to TV Adaptations?

Movies have a bigger budget, not enough screen time. TV series have the screen time not the movie budget. So there are always flaws somewhere in either adaptation. TV series can stick closer to the book because they are not limited to 120 minutes. TV series won’t always look that great because of budget costs. In either one you just have to take the lore of the book and it’s characters and enjoy it’s adaptation as a separate entity. Unless you’re HBO of course.

A Movie or TV-Show You Preferred to its Book?

Standalone’s. Or just make the whole series into one big book!!

Thanks Jen for the tag! For my tags I’m going with my new followers and cool reader peeps. Thank you for gracing my blog with your presence:

Nthato Morakabi is a South African published author. He has short stories appearing in both international and local anthologies, and has published his first book, Beneath the Wax, which opens his three-part novella series "Wax". He is an avid reader, blogger and writer.
View all posts by Nthato Morakabi »
← Cell by Stephen King
Wednesday Book Review: He Count’s Their Tears →