“What is the title of your novel.” Nicky asks me in an excited and almost crazed WhatsApp message. “Do you have an idea for a cover? Is there a blurb? We need cover images for the upcoming blog tour!” The message continues. For a moment my mind goes into immediate panic mode before the excitement of this rather random message begins to sink in; my novella is about to get published!

On top of this exciting new journey, there was the rather sad ending of Gamecca Magazine where I had been writing as a game journalist for more the five years. This too came in a rather random phone call from my editor Walt Pretorius, who sadly told me the digital mag was publishing its final issue that coming week. Thankfully I had met with Boris from GameNationSA through a number of gaming events. After contacting him about writing for the gaming site, he was keen for it and this past weekend I went to GeekFest and wrote an article For The Love of Geek. His reply ended with “Welcome on board.”

So what does this all mean…

Coming up with titles is a struggle I’ve had for… well most of my writing life. The draft I sent to Nicky was simply labeled Novella Draft 1 because I had no idea what it was called. How does one get around to coming up with titles? Well some just come to you “Junk Yard Angel for example, while others need nothing more than a single word that explains the plot like “Innocence”.

Here are a few ways to come up with your title:

While there are other ways to come up with a title, just make sure at the end of the day, the title is:

The name of your story can play a large role in the look and feel of your book cover. However there are many other factors to guide the design, as well as various sources for inspiration if the name is not enough. I personally had nothing in my mind and I did not want some clichéd “Goosebumps” cover either.

Here are ways I was inspired for my cover art: 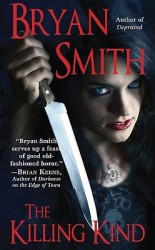 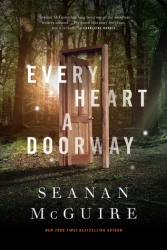 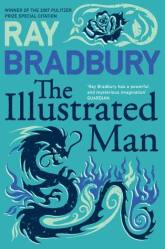 Writing blurbs is never easy. Once the title and cover of your book has drawn the attention of a potential reader, the blurb is either going to put them off or reel them in, and of course you want to reel them in.

So how does one go about writing a blurb?

An eleven-year-old boy’s violated corpse is found in a town park. Eyewitnesses and fingerprints point unmistakably to one of Flint City’s most popular citizens. He is Terry Maitland, Little League coach, English teacher, husband, and father of two girls. Detective Ralph Anderson, whose son Maitland once coached, orders a quick and very public arrest. Maitland has an alibi, but Anderson and the district attorney soon add DNA evidence to go with the fingerprints and witnesses. Their case seems ironclad.

As the investigation expands and horrifying answers begin to emerge, King’s propulsive story kicks into high gear, generating strong tension and almost unbearable suspense. Terry Maitland seems like a nice guy, but is he wearing another face? When the answer comes, it will shock you as only Stephen King can.

No promises but as I continue along this whole “my novella is getting published” new phase of my writing, I will attempt to keep you all updated on the progress. Thank you for taking the time to read. What’s happening in your writing/reading world?

It’s been a slow week for me this Camp NaNoWriMo. I’ve restarted about five times, struggled to write that killer opening line, and now I’m trying to get my story going. As slow as it’s going, I’m working on not quitting. I think there’s a gem in this story somewhere and I just have to keep chipping away until it reveals itself. I will probably re-write it anyway but for now it’s all about getting that word count going yeah? Speaking of which, here’s my current progress:

Writing Without a Plan:

The idea formed back in March (how is it April already!?) and back then I couldn’t wait to write. So I put down the basic thought and left it to simmer. What happened between then and now? Who knows. I didn’t want to think about the story in case I write it before I write it. You know? It’s playing out in your head, building itself up but not in any physical sense? Yeah that. Only when I sat down to start writing, I found that the story had lost its bulk and become a wasted, formless thing. Skulking in the dark recess of my mind on its last leg.

I didn’t know where to start or how. Couldn’t figure out where I wanted the story to go. I still don’t, but it’s beginning to take some shape again. My little ball of unformed clay spinning and spinning and spinning while my dirty hands form and reform the piece of clay into something. Anything.

As much as I hate that “Just get over it” phrase that we sometimes use, with the expectation that the recipient of the advice will simply overcome their struggle and be fine, I’ve had to tell myself the same thing. It didn’t work, of course, but it changed my mindset a little. Set a silver lining against the clouds of doubt forming. This was augmented by:

Not My Best – That’s For My Editor

Nicky, if you’re reading this, I apologise in advance haha. I’m not really happy or proud of this novella, but I’m writing it. I will finish it. By the 30th of APril (hopefully sooner) I will have 30 000 words of story. Of writing. Of content that later can be tweaked and refined and made better. Maybe this is my Carrie (Stephen King threw it in the trash. His wife rescued it. It was his first published work). Maybe. Nonetheless I will keep writing.

And that’s all I can do right now.

I never did give them hell. I just told the truth, and they thought it was hell.

Politics is a dirty game. When the team at Sin du Jour accidentally caters a meal for the President of the United States and his entourage, they discover a conspiracy that has been in place since before living memory. Meanwhile, the Shadow Government that oversees the co-existence of the natural and supernatural worlds is under threat from the most unlikely of sources.

It s up to one member of the Sin du Jour staff to prevent war on an unimaginable scale.

First I just want to say I love the very concept of chefs and cooks who cater to both humans and supernatural entities. A clandestine operation in the most unexpected setting.

Sin Du Jour is definitely one of my favourite series, it just unfortunate how each novella is so short, and yet it is that very fact that makes the stories work.

This fifth book in the Sin Du Jour series is yet another great piece of writing from the talented Matt Wallace. He keeps the drama and intrigue going with just enough wit to lighten the load while getting the point across. Character growth. Excellent setting. Perfect cliff hanger ending. Looking forward to the next book.

The writing is as crisp and humourous as usual, with a weighty, earnest realism to it. Events from Idle Ingredients continue to escalate when politics came in to play and a massive war creeps to the fore. The staff members are still reeling from the last demonic entity that entrapped them, and the consequences of their actions haunt them.

What I enjoyed most about the writing, is how well the characters are captured. There was growth to the main female character Lena, and a foreshadowing of what is to come. Nikki brings a different perspective to the second female character the novel follows. Both are strong and as similar as they are different. I like both.

The roster of characters balances out well and adds a dynamic experience to reading the novel. We don’t see the whole team this time around, but Bronc the main chef and Darren are suffering more after the last encounter. How all of this will proceed opens up a ton of speculation. And let’s not talk about the big baddie who remains in shadow yet oozes an ominous presence throughout the books.

A couple of recognizable celebrities make cameos, and Matt Wallace doesn’t need to use names to capture their essence. You’ll know immediately when you read them. It’s clever. It’s sneaky. It’s great!

Perhaps I was a bit biased when I read the book, considering how well I enjoyed it. I can’t say if I did found anything wrong with the pace, the writing or the characters. I don’t know when the next book will be available, but I hope I get a chance to read that too.

Rating: A gratifying 4 out of 5

What book have you read with a unique setting and character roster? Is there a series out there you enjoyed immensely? What are you currently reading?

Remember to sign up to my SPAM-free Newsletter here: Nthato Morakabi.com. 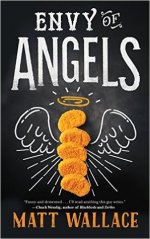 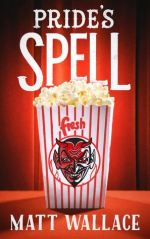 In New York, eating out can be hell.

Everyone loves a well-catered event, and the supernatural community is no different, but where do demons go to satisfy their culinary cravings?

Welcome to Sin du Jour – where devils on horseback are the clients, not the dish.

The Sin du Jour series is one of the most unique, and fantastical urban fantasy novellas I’ll actually take the time to read. I don’t know how Matt Wallace came up with the idea of chefs and cooks who cater to supernatural beings, but I’m glad he did. Definitely worth the read.

PS: Greedy Pigs book review will probably be up either this month or next month. A review will also appear in the April issue of Gamecca Magazine. 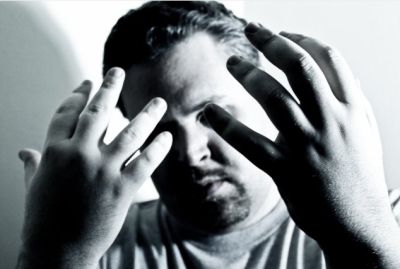 I was born in Rio Hondo, California in 1982 and grew up in Bell Gardens (once a BG’er, always a BG’er). For ten years I was a professional wrestler. I trained in New York City at the infamous Doghouse at the age of fifteen and worked all over North America after turning pro at the age of seventeen. I was known as The One Man Riot Squad, The One Man Riot, or Deacon Riot (as one-half of the tag team The Legion Knights, and later during the last leg of my singles career as “The Messiah of Professional Wrestling”).

I never made it beyond the indies, but I gained a whole lot of life experience.

“Life experience” may be the wrong term.