Now that we’re a week into the new year, let’s talk about our ambitions and goals.

Write a character that is full of ambition and determination to meet their dreams.

The man walked into his office with a slow gait, fatigue etched into his drooping eyebrows and dark matted hair. He gingerly shut the door, the purple and swollen knuckles barely registering as he twisted the key. In the same slow manner, he shrugged the jacket off his shoulders and draped it over the coat hanger before slouching his way to his office desk. His fingers traced over the gleaming mahogany, all around until he fell into the plush leather seat. From within his desk drawer he pulled out a bottle of whiskey, along with a tumbler and set both on the empty desk.

Frankenstein. A name his enemies and work staff had come to call him, and not only because of his amazing stitch work on those who were under him; he was the elixir that gave people life; the scientist who animated the living corpses that straggled his streets.

And at the root of this… madness… well he had ambitions that ran right through the teeming streets of Jozi CBD, along the no-longer-so-dusty streets of Soweto, across the populated Sandton avenues all the way to the quiet walkways of the East Rand. His… monsters, as they referred to themselves, were with him on this ridiculously chaotic road to the top. Top of what, one might ask, and that answer would both overwhelm and seem stupidly ridiculous to the one asking.  But what was ambition if it didn’t seem impossible? Where the odds were tested every waking hour as the country fell into chaos?

He took a sip of his golden drink and grimaced, which in turn became a grin so wide it looked as though his jaws would break. He slammed the glass down on the desk, and as though not satisfied with the action, dragged it over the table and across the office to smash into the far wall.

He let the words roll around his tongue, spitting each word vehemently as he steeled his mind against the onslaught of doubts plaguing his thoughts. He would punch, sweet talk and stitch up as many as he had to until he was treated like the man he deserved to be; King.

But success SHALL crown my endeavours. Wherefore not? Thus far I have gone, tracing a secure way over the pathless seas, the very stars themselves being witnesses and testimonies of my triumph. Why not still proceed over the untamed yet obedient element? What can stop the determined heart and resolved will of man? Robert Walton – Frankenstein 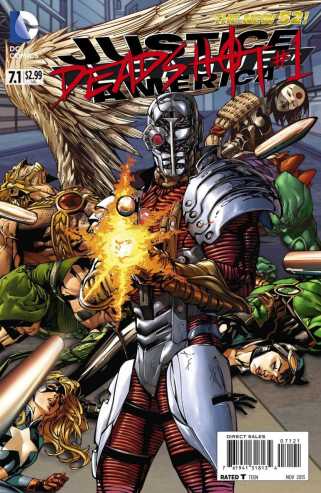 I recently bought myself a couple of DC comic books, specifically focusing on an assortment of villains we have come to know and hate – and some I met for the first time. Generally villains’ ideals, or rather the process by which they attain their ideals, is not what we would consider “good” or “of good morals” however sometimes villains are villains because someone somewhere turned them into one. Would Edward Enigma be the Riddler if not for Batman’s intellect and ability to solve every riddle? Would the Joker not tire of his antics if not for the Batman continuously foiling his plans? Would Carnage and Venom exist in the form they do had Spiderman not existed? Would Magneto have become Magneto if not for the evil that caused him to turn?

The comics I purchased look at the history of Killer Frost, the ice cold femme fatale who becomes the heat-seeking, vengeful ice queen, the iconic anti-hero, Deadshot, and his rise (or fall) into paid villainy, protector and champion of the people with an anger to boot Black Adam, and the overly-paranoid spy who wears a symbiotic membrane like skin Shadow Thief (DC’s version of Venom?).

END_OF_DOCUMENT_TOKEN_TO_BE_REPLACED

This is a public declaration that by the end of January, I will have written 20 000 words.

A brave quote from a brave man, who once attempted a 50 000 word feat and achieved half, though talking to him you would have understood that time was neither friend nor foe to this aspiring author. He however, continued onward with his dream of publishing his writing and growing as a writer, which spurred his rather bold (and foolishly impulsive) public declaration. 20 000 words for the JanoWriMo January Writing Month (not official NaNo) which was started by a forum member on the Jozi Writers forum. See links below for info.

“Heroes don’t exist. And if they did, I wouldn’t be one of them.”

END_OF_DOCUMENT_TOKEN_TO_BE_REPLACED 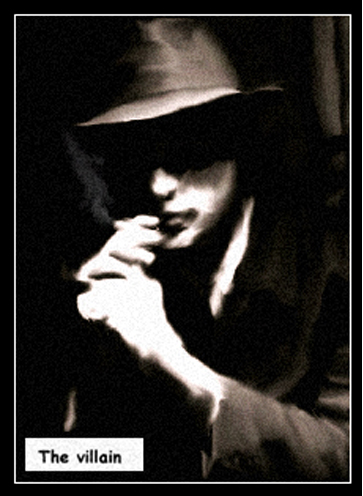 The man entered the cold bright room clutching at his arm and limping terribly. A bruised face blotched in purple and blue was barely recognizable beyond the old scar dragging along the man’s puffed cheeks; his slick black hair seemed to be the only thing ok with him.
“Peter you look like hell.” The doctor puffed out the corner of his mouth, the words intermingling with the smoke escaping from his pursed lips holding the thin white cigarette. He was an old man with hair that was more grey than black or white. A few scars lined his face, the most famous one down over his eye where a greenish-grey marbled eye glared back.