Beneath The Wax – Available Now

It is with great excitement that I present to you my first “solo” published novella, Beneath The Wax. A big thank you to Nicky from Chasing Dreams Publishing who believed in me and pushed me to complete this work. And many thanks to quite a number of people, some of whom may never see this post, but were integral to sustaining me while I was writing. Thank you all. 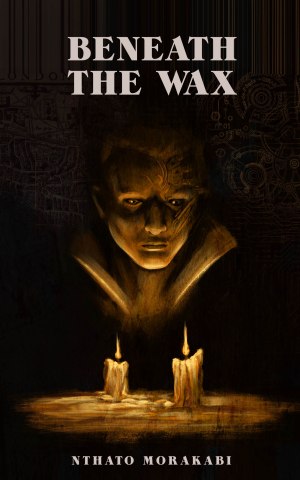 1723: Constantine Bourgeois is a man of many secrets. Artisan by day, killer by night, he turns his victims into wax figures for his shop.

2045: Richard Baines works for the renowned Anthony Garfield Historical Museum. His mundane existence is a stark counterpoint to his fascination with serial killers and science fiction.

Constantine’s nightmares drive him to undertake a journey to uncover a long-forgotten secret. Richard’s research uncovers a company secret and the mystery of Madame Bourgeois.

Two men, two timelines, and truths that will only be revealed when they look Beneath the Wax…

Nthato Morakabi is a South African published author. He has short stories appearing in both international and local anthologies, and has published his first book, Beneath the Wax, which opens his three-part novella series "Wax". He is an avid reader, blogger and writer.
View all posts by Nthato Morakabi »
← Telempath by Spider Robinson #BookReview #Telempath #SpiderRobinson
The Fog by James Herbert #BookReview #JamesHerbert #horror →