RSS Feed
← The Epoch of a Reporter #flashfiction
Writing Update: Of Metal and Magic + Beneath The Wax: Cover Reveal → 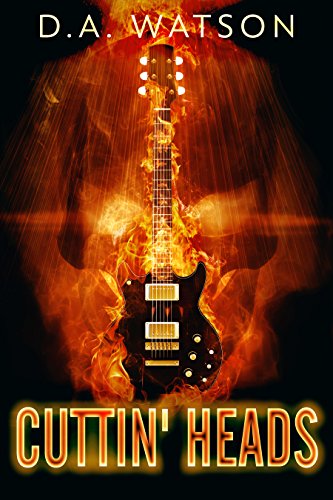 Book procurement:
Received a copy from Rachel’s Random Resources for a fair and honest review

Aldo Evans is a desperate man. Fired from his job and deeply in debt, he struggles to balance a broken family life with his passion for music.

Luce Figura is a troubled woman. A rhythmic perfectionist, she is haunted by childhood trauma and scorned by her religiously devout mother.

Ross McArthur is a wiseass. Orphaned as an infant and raised by the state, his interests include game shows, home-grown weed, occasional violence and the bass guitar.

When the sharp-suited, smooth talking producer Gappa Bale offers them a once in a lifetime chance to make their dreams come true, they are caught up in a maelstrom of fame, obsession, music and murder.

Soon, Aldo, Luce and Ross must ask themselves: is it really better to burn out than to fade away?

I genuinely love musicals. Though thinking about it, Tenacious D and The Relentless (American Satan) wouldn’t think themselves musicals even when they technically are. This is also true, despite their deals with the Devil cliched contract that leads to epic music, drugs broken friendships and all underhanded devilish tricks. I genuinely thought of a Scottish version of American Satan while reading this book, with a very distinct difference between the two; D.A. Watson knows what he’s talking about. The musical notation, the combination of story telling and musical knowledge, the character portrayal and depth, with combination of horror and  fear that makes you resonate with the characters, their individuality, thoughts and persona, and watching the constant digression like the best movie you’ve ever seen. I even have music in my head from a written story. That is true talent.

We follow Aldo, Luce, and Ross on their musical journey from small town nobodies to musical stars of fame and wonder in a very short amount of time, and at no small price. Gappa Bale is more than he seems even when he appears after an amazing gig at a local bar. Gappa, representing Easy Going Records, approaches the trio after the stellar performance with an opportunity to bring their music dreams to life – but then, things begin to spiral out of control.

I absolutely adore the writing. It’s easy to read yet fluid and real. Each character has a unique voice and character persona which carries well throughout the book. Switching between characters does not throw you off the story.

Aldo has his own voice and thought processes that you can easily fall in to. With a music passion that hinges on obsession but a true love and care for his boy Dylan whom he cannot be a father to as much as he wants, puts him as the perfect front man for Public Alibi.

Luce’s Italian Catholic background and shake in faith from an event in her past combined with her love of music and drumming has hardened her to be an amazing drummer and hardcore band member. Her character comes out strong and infallible regardless of her collision with Gappa Bale.

Rose is strong as an ox and kind as one too, not afraid to show the horns when he has to. His shaky childhood as an orphan and his work at the hospital shape him into an amazing young man. A killer on the bass guitar and true friend, his character is clear and distinct and strong. I loved him.

D.A. Watson is able to delve into the individual characters of Aldo, Ross, Luce, and Gappa without jarring chapter breaks or unnecessary story changes. Brilliant writing.

Absolutely adored this book both from a horror perspective (Remember May wow) and from a story and music perspective. A truly inspiring musical journey, intermingled with musical folklore and music knowledge that makes you question the fame of popular rock artists. Like a conspiracy theory and fantastic book all in one. Cuttin’ Heads makes me want to pick up my guitar again, while questioning any person who comes to me with a record label deal.

Oh and that last chapter between Aldo and Gappa Bale? Absolutely epic!

Nthato Morakabi is a South African published author. He has short stories appearing in both international and local anthologies, and has published his first book, Beneath the Wax, which opens his three-part novella series "Wax". He is an avid reader, blogger and writer.
View all posts by Nthato Morakabi »
← The Epoch of a Reporter #flashfiction
Writing Update: Of Metal and Magic + Beneath The Wax: Cover Reveal →