The Store by Bentley Little #TBR

In a small Arizona town, a man counts his blessings: a loving wife, two teenage daughters, and a job that allows him to work at home. Then “The Store” announces plans to open a local outlet, which will surely finish off the small downtown shops. His concerns grow when “The Store’s” builders ignore all the town’s zoning laws during its construction. Then dead animals are found on “The Store’s” grounds. Inside, customers are hounded by obnoxious sales people, and strange products appear on the shelves. Before long the town’s remaining small shop owners disappear, and “The Store” spreads its influence to the city council and the police force, taking over the town! It’s up to one man to confront “The Store’s” mysterious owner and to save his community, his family, and his life!

A shout out to Lionel Green for giving me a heads up about this author. I’ve been looking for new horror authors and books and his article mentioned quite a lot of horror authors. Which means I have more books to buy and read. At this rate I’m going to need to move into a library…

Also, this particular book reminded me of Needful Things by Stephen King. Of a random shop owner showing up and causing havoc. I read the book and watched the movie so The Store is right up there on my next TBR list. 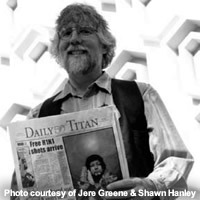 Bentley Little is an American author of numerous horror novels. He was discovered by Dean Koontz.

Little was born one month after his mother attended the world premiere of Psycho. He published his first novel, The Revelation, with St. Martin’s Press in 1990. After reading it, Stephen King became a vocal fan of Little’s work, and Little won the Bram Stoker Award for “Best First Novel” in 1990. He moved to New American Library for his next two novels, but was dropped from the company after he refused to write a police procedural as his next novel. He eventually returned to New American Library, with whom he continues to publish his novels.

Little has stated on several occasions that he considers himself a horror novelist, and that he writes in the horror genre, not the “suspense” or “dark fantasy” genres. He is an unabashed supporter of horror fiction and has been described as a disciple of Stephen King.

Nthato Morakabi is a South African published author. He has short stories appearing in both international and local anthologies, and has published his first book, Beneath the Wax, which opens his three-part novella series "Wax". He is an avid reader, blogger and writer.
View all posts by Nthato Morakabi »
← The Final Empire (Mistborn Trilogy 1) #BookReview
Writing Hiatus (Not Really) →