Write about a character who gets something special they’ve always wanted. 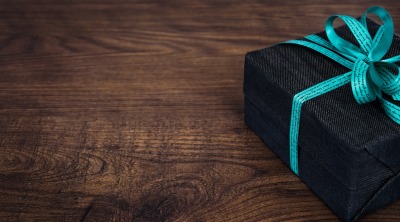 The idea of a Secret Santa may as well be as old as the very concept of merry ol’ St. Nicholas. St. Dominic’s Primary School became the haven of such a tradition in its truest form since the school’s conception in 1895, when Sister Ignatius placed square, brown-paper packages within the 85 desks of her students prior the last day of school. The following day was followed by a chorus of joyous squeals as boys and girls ripped through paper and tape to find within the objects of their uttermost desire. The best gift.

As tradition wore on through the years, even when money seemed hard to come by, there happened to be one particular child with an almost unattainable desire. One that could not be wrapped save for in prayer. Furtive supplications cast to the Almighty in hopes of repairing broken families, sick fathers and mothers, dying brothers and sisters, and on more than enough occasion, for death’s repeal.

Where these gifts could not be attained, it was their next appealed desire wrapped and placed with the more modern school desks. The School Governing Body, with now over 300 students within the expanded bricked building, would question how such a tradition could be continued, and as with every Principal that had followed Sister Ignatius’ example would proclaim to those who questioned the gifts,

And truly, each year, He did.

As corporate and government and school slowly intertwined with the passing of time, and the education system turned into a business venture rather than a place of tutelage, the nuns of previous generations were replaced with CEOs and businessmen toting degrees and masters in Business Management. They did not, however, truly possess the spiritual depth and leadership of their predecessors. And yet, despite all of this, every year, the students of St. Dominic’s Primary School, received their annual gifts out of miraculous providence.

In the year 1995, on the last day of school following the newly elected Principal, as the muted excitement, and muffled bubbles of laughter echoed across the span of the school, there came a single ear-splitting scream. The school fell into utter silence. As though the wind itself had ceased to exist, the trees shaken to quiet, and the hum of traffic come to a standstill. Hairs on napes rose. Flowing blood seemingly turned to ice and coursed through each student and teacher alike as a virus through a body.

Young Francis had opened his package with frenzied anticipation, his particular gift sizable in comparison to his peers, and decidedly oddly shaped in almost rotund oblong contours. As the paper ripped between his fingers, he was struck by an odd smell. One that reminded him of his lunch tin when he had left it in the playground for a week and opened the lid to find the festering green and white mould growing within. Only this smell seemed different. There was also a sticky liquid trailing along the inside and staining his palms scarlet. By now the entire classroom had turned to see what he’d received. Curiousity emblazoned on rapt young eyes, lips parting in awe and wonder. At last Francis ripped the entire wrapping off, arms rising as expanded energy threw them upwards. For a moment he could only stare at the thing rolling out from the paper to stare up at him with glazed eye sockets and a gaping abyss marking misshapen ebony dentures. Only he couldn’t deny the jade green orbs gazing past and through him. For there sitting on his desk… was the head of his father.

Word to the wise: Don’t read The King in Yellow, and expect your mind to remain the same. See the true face of horror.

Nthato Morakabi is a South African published author. He has short stories appearing in both international and local anthologies, and has published his first book, Beneath the Wax, which opens his three-part novella series "Wax". He is an avid reader, blogger and writer.
View all posts by Nthato Morakabi »
← Aaru – David Meredith #BookReview
The King in Yellow #Recommendation →