Friday Fiction: The Dance of Death 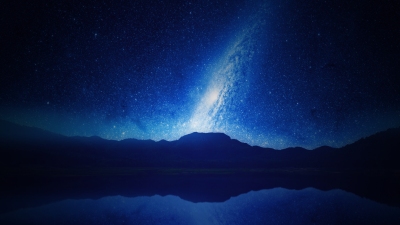 Prompt: They danced through the stars

They danced through the stars. Moonlit wisps coiling through vast expanse as amber-scarlet flares belched stagnant pale tendrils into the gaping abyss.

Red blossomed across the deck in incessant flashes as wailing sirens echoed off the walls. The control panel shimmered with lights, illuminating the captain’s chair and halo of gold-red-gold tresses pressed against cheek and forehead, the captain sweating against pulsing lights.

“Estimated crash time?” She asked quietly into the attached headset.

“At this rate I’d say a steady seventeen minutes and… about 23 seconds. Unless you get some balancé Cap.” The voice replied with just a hint of smile in its gruffness.

“Just keep those cannons ready.” The captain replied, a ghost of smile touching her lips.

“Better bring this crash-ballet to its finale.”

As though summoned by the remark, the emptiness of space shimmered in colossal prism-tinged glare. Then they were wholly and completely surrounded.

Trails of fire followed the diving ship as streaks of light boomed from the surrounding angular prisms of enemy forces. With as much elegance and grace a blazing ship could afford, the captain pirouetted through interminable fire,

The ship spiralled, cannon extending outwards in explosive bursts of successive fire, tucking in to reload and extend once more for a repeat performance.

“It’s been a pleasure dancing with you Cap.”

Nthato Morakabi is a South African published author. He has short stories appearing in both international and local anthologies, and has published his first book, Beneath the Wax, which opens his three-part novella series "Wax". He is an avid reader, blogger and writer.
View all posts by Nthato Morakabi »
← #NaNoWriMo Progress: Week 1
The Secret History #Recommendation →