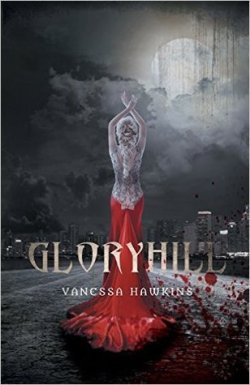 Book procurement: Received a copy from author for an honest review.

In a festering town like Gloryhill, where the sewage overflows into the streets and the dirty, disease-ridden underworld claws its way to the surface, the existence of vampires is a thinly veiled secret. The most oozing, decomposed of them all, Pachuco, spends his nights hunting prey and pretty human girls to suck down below the surface. It’s only when Charlotte, a beautiful, sensual vampire deputy, seeks his help in solving a mystery that he directs his attention to matters outside of blood, cigarettes, and female attentions. Charlotte, on the other hand, forty years after being bitten and transformed into the monster that she now sees herself as, is desperately trying to hold onto any shred of her humanity while relentlessly pursuing a killer who threatens the delicate place that vampires hold in a human-driven world. While the case is pulling her deeper into the belly of the rotting, putrid vampire world, she engages Pachuco to seek out her human former lover and fiance. In a world that values sex above love, blood above loyalty, and death above all, will Charlotte’s dalliance with this devil bring her to the light . . . or just drag her further down into the darkness?”

First things first, Gloryhill was the perfect vampire book in its violence, sensuality and grim atmosphere. Therefore if you’re squeamish, offended by language and can’t handle rather explicit sexual descriptions, stay clear. Vanessa Hawkins holds nothing back. You have been warned.

The story opens with a fascinating gory scene out over the Alabaster River which runs through Gloryhill. It sets the pace and ominous atmosphere the rest of the novel twists through. Then again, it is vampires. Not the romantic type wearing flowing capes and finely slicked back hair in fine clothes turning into bats (vampires can’t turn into bats by the way). No, this is the look-like-regular-folk-then-eat-your-chest-out kind of vamps who don’t hold on to their humanity and embrace the darkness that has consumed them.

The characters are richly explored, perspectives flitting between like flies on dead bodies. You are thrust into their thoughts, lives, and actions in gory detail. Personalities come to the forth vividly and there is no doubt at all who is who between the changes. Charlotte swan is an intelligent, strong woman who appears as dainty as a lioness. Just because you can pet her (if you dare), it doesn’t mean she won’t rip your throat out. The story is told mostly from her perspective where we see who she is as a deputy keeping the veil up from exposing the undead. We see her before turning, the events leading up to it and what happened following. Pachuco is my favourite character in that he is neither hero, villain or anti-hero. He embraces the monster that he is and even as an undead, has his weird standards. And is witty as he is ferocious. A flurry of other characters sweep through the story, all beautifully interconnected and weaving the unwinding tale to a rather dramatic end. *That ending though!*

And Vanessa Hawkins writes beautifully haunting words. I had no critiques to her writing style, pace or anything. It was just that good – so refreshing to read without being distracted by grammar or misplaced words or anything. Gloryhill is definitely top of my list.

Rating: A disturbingly good 5 out of 5. 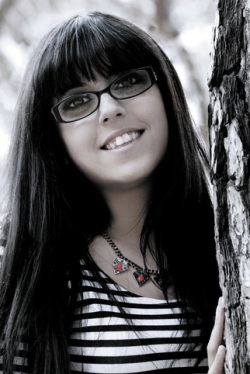 A life-long lover of horror, Vanessa Hawkins wrote her first story in the genre when she was only in grade five. It was titled Mutilated and it warranted her a trip to the school guidance counsellor. A lifetime later, she continues to write about anything gruesome, terrifying, destitute, and cynical. An avid traveller, Vanessa calls New Brunswick, Canada home, and she lives there with her husband Brendon.

Nthato Morakabi is a South African published author. He has short stories appearing in both international and local anthologies, and has published his first book, Beneath the Wax, which opens his three-part novella series "Wax". He is an avid reader, blogger and writer.
View all posts by Nthato Morakabi »
← Blue Ice
Memoir →