Friends of the Trade 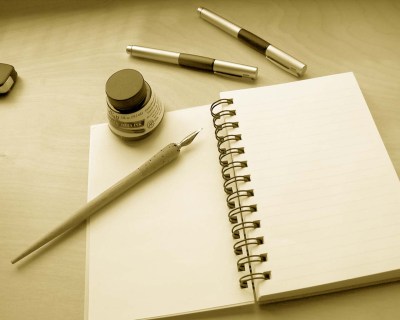 If there is one thing I have found and now appreciate about writing, it is my fellow writers. I am part of multiple writing groups that inspire and encourage me to continue this arduous exciting adventure that is writing. Without them I would not be at the same level I am now, perhaps would have taken longer to get here without them.

“It’s not what you know but who you know.” How often does this quote come up in the world?

“I had no idea what a literary agent was. I had no intention of working in publishing and I had never set eyes on a royalty report ever… After a couple months, Jabberwocky was expanding and our boss asked Brady if he knew anyone who could come in and temp… Before you know it, I was in the office, learning the ropes and the agency kept growing.” Sam Morgan, literary agent at the Jabberwocky Literary Agency. Reddit Q&A

Those were just some parts of a really long answer, but what it came down to was knowing someone in the industry and taking the opportunity when it was presented. I think of my current job as a Junior Technical Writer and the doubts I had that I would get it; I had enough doubts to drown an old testament prophet. Then someone on one of the writing groups I was part of sent out a message that her boss was allowing her to employ a junior and she was asking the writing group first. Opportunity. I figured there were others in the group far more qualified than me for the job, but I sent in my CV/Resume anyway and now here I am. Nthato Morakabi – Junior Technical Writer. If I wasn’t part of this group I wouldn’t have even known about this opportunity.

As much as I am an avid reader, non-fiction books were never on my TBR (To Be Read) list. I found them tedious. And then On Writing Well by William Zinnser was recommended to me by a fellow writer (and boss). From the first chapter right up to completing the book I saw my writing improve. Obvious mistakes I was not aware I was making were now clearly outlined. Had I not been part of a writing group, I would not have the job I do now and I would not have found out about this and many other great books.

“I would rather be attacked than unnoticed. For the worst thing you can do to an author is to be silent as to his works.” Samuel Johnson

I have a steampunk horror novel (yet to be named) that I eventually submitted to a writing group and wow the encouragement I got along with good useful critique on my story, I am actually very confident about my story now and can’t wait to finish it.

It is far more difficult to be a writer on your own. It’s not impossible but there are definitely perks to being within a writing community that writing alone won’t offer. The points above are just a few of these perks.

Collaborative workshops and writers’ peer groups hadn’t been invented when I was young. They’re a wonderful invention. They put the writer into a community of people all working at the same art, the kind of group musicians and painters and dancers have always had.”
― Ursula K. Le Guin

Are you part of a writing community? How has it helped you in your writing?

Nthato Morakabi is a South African published author. He has short stories appearing in both international and local anthologies, and has published his first book, Beneath the Wax, which opens his three-part novella series "Wax". He is an avid reader, blogger and writer.
View all posts by Nthato Morakabi »
← Wednesday Book Review: Zephyr
Friday Fiction: Self Improvement Friday →